Here is an end-of-year assessment of my “improvement” or “progress” with my passive income and business.

Ever since this time last year, I’ve been more serious about setting goals and passive income targets and I’ve been sharing them here on my blog. Half way through the year, I reported on my progress on the first 6 months of the year (a total of $3331.00). And then, I made my income reports quarterly after the third quarter of this year when I’d made $2610.90).

So, what can I tell you now that all the stats, sales figures and goal achievements are in and correlated? Well, I still like cats … 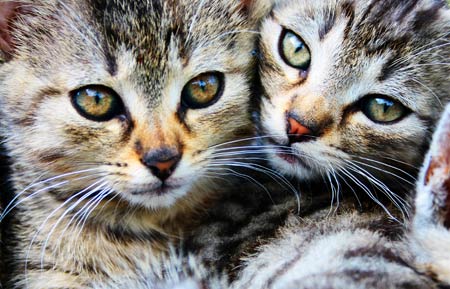 Any old excuse to show a cute photo of cats. I have a Facebook mind! But I think I’ll put a picture of a cat in every income report from now on – it’ll make them easier to find through the thumbnail images on the archive pages!

My target for the fourth quarter of 2012 was an ambitious $3,500. Here’s how I did (spoiler: badly). My passive income for these reports is divided into two sections: product sales and affiliate sales.

Sales of my products

I have two e-books:

Bugger! However, I wouldn’t have noticed this reduction in product profits without doing these quarterly reports. Time to create a new product, methinks! See more below! 😉

Affiliate commissions can be earned where a special type of hyperlink on your site is clicked to a product seller’s site and a purchase is made. As you can see, I’ve made some money from Genesis – a WordPress theme, WPML – a WordPress plugin and iContact – an email delivery service, to name but three.

Calculating affiliate profits can be quite difficult as they all have different schemes and some of the affiliate CMSs leave a lot to be desired! I’m making excuses here because I might have made a few errors in the calculation of the 2012 Q3 figures. I think $715 from Bluehost was far too much and I don’t know where I got that from!

Adding up all my e-book sales and affiliate sales gives you the following passive income totals for 2012:

Not bad, considering my passive income for the previous year was only around $1,000! 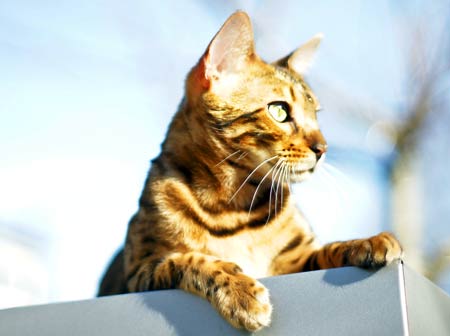 OK. So much for hard and fast figures. Now here’s the bit where I ask myself what exactly have I achieved in these last three months?

I made three general goals for the last three months:

I have to admit that I was fairly sure I would achieve these goals as I’d already done some of the work. I have chosen a much harder target for the next three month (see below).

Here are my specific targets that I set three months ago and more targets for three months’ time.

I’m going to go through these now, one by one, and explain my thinking behind them.

Damn! I’m going to have to write some guest posts now. Boring!

Now for the silly bit…

Mixed results. And, possibly, showing us that it’s getting harder to grow an audience due to the amount of competition. There was a reduction or at least a levelling off in the increase in my Facebook Fans and subscribers. And, my Twitter followers actually went down! This was because I unfollowed a load of people!

Business targets for next year

More than anything, I want to create a successful product at a higher price point than my two e-books. I’m sure this is possible. I know there is a market and I know I can create something of value.

I plan to create a professional business website “live” on video and go in much more detail about how to get good web design clients and run a healthy business for my fellow designers.

I don’t want to only strive to make more money next year because, as we all know, money isn’t everything. I’m interested in helping people, whether it’s giving advice about business or graphic design for free or doing voluntary work in the community, and I hope to be doing more of this in 2013.

It was great to run my business while on holiday in Brazil and I hope to go to Thailand soon for a much longer period. I’m not quite sure when though. But, travelling will be a big part of 2013 with any luck. And furthermore, I need to get back into taking exercise (hitting the gym and doing my T’ai Chi as much as possible from now on!)

Do you like to read about how much money other people are making? I do. Here are a list of some of my favorite bloggers’ income reports (without mentioning Pat Flynn who’s too obvious):

I’ve written a few posts like this now. Are they helpful to you? Or am I getting a bit repetitive?