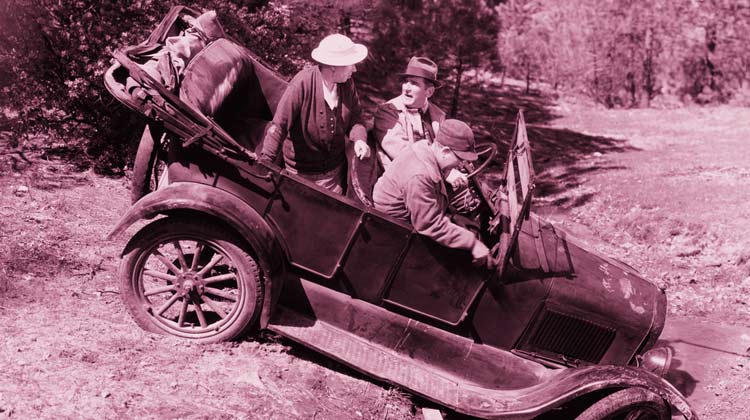 If I’m making the same mistakes over and over, I’m obviously not learning. So I’m writing down my repeat errors in hopes that I’ll stop committing them.

TL;DR: If I could go back 10 years, what would I have done differently?

I have respect for successful business people but following their advice isn’t always the best thing to do. My best decisions are always gut decisions.

The gurus say “don’t build your business on other peoples’ platforms, build on your own site where you can control everything”. This advice suggests I shouldn’t have been selling on Udemy and Amazon where I’ve made six figures in the last two years. I also took this advice to heart when I chose to sell courses from my site rather than using platforms such as Teachable. This decision led me to getting badly hacked (which was all my fault, I hasten to add).

The plethora of online business blogs creates an echo chamber of bad advice. Advice from “rich and successful entrepreneurs” is glibly copied and repeated. I could read something originally said by Gary Vaynerchuk in three different blogs today if I’m not careful.

But things are better when I go out on a limb. As an entrepreneur, you do great stuff when you go against the grain.

It’s not that “rich and successful entrepreneurs” are always wrong. But they’re giving advice that is pertinent to them and their businesses which are bigger than mine. When I look back, I’ve received the best advice from friends who aren’t famous and have smaller businesses. The worst advice I’d followed was from expensive gurus.

If you get a business idea that you like and everyone else thinks is crazy, go for it!

2. Focusing on the end result

Sometimes I need to stop and ask myself, “Why are you doing this?”

When I started blogging I had a weird, geeky desire to help people with their Photoshop, PDF and technical design problems. I used to love sharing a quick tip on my blog. People appreciated my articles, and linked, and shared. My blog became successful because I was enjoying providing value.

And value came back to me.

Now, my business has evolved and pivoted in many different directions, and I find myself doing all sorts of different tasks. I’m emailing suppliers in China, hiring VAs and freelancers, navigating through complicated CRM and e-commerce platforms, spending and investing larger and larger amounts of money.

But the question stays the same: “Why am I doing this?”

Is it to make money, or is because I’m enjoying providing value. If it’s just about making money, then STOP!

I was reminded of this valuable lesson when I met Ryan Biddulph and his wife Kelli Cooper for lunch here in Chiang Mai this week. Ryan’s a former New Jersey security guard who now runs a blogging business from paradise. He’s written over 100 books, guest posted on over 200 blogs, as well as being a voracious and successful blogger. 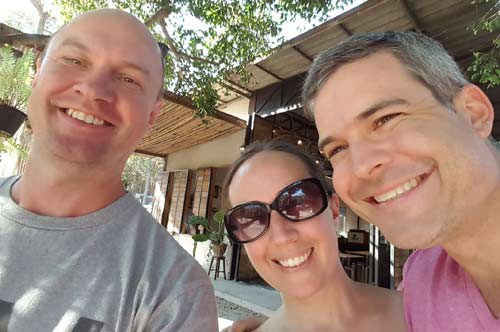 We both receive emails everyday from newbie bloggers who ask how they can make thousands of dollars straight off the bat. We realised we both loved providing value irrespective of income. And that’s the secret. You have to enjoy providing value.

Lesson to learn: focus on enjoying the work now rather than the end result.

However some tasks are a means to an end and just have to be done. Even when I was blogging back in 2006, I still had to learn about web hosting and WordPress, and that wasn’t always enjoyable.

3. Being lazy and not protecting essential parts of my business

Unfortunately, running a business is not all about enjoying yourself. There are important areas of your business that are vulnerable. We need to identify these vulnerabilities and secure them as best we can.

Examples of this are registering your brands and trademarks, making sure you pay all your taxes, and, you guessed it, securing and backing up your website.

If you’re lazy like me, these tasks fall into the “essential but not urgent” category of boring stuff that you never get round to. So they never get done.

I’m going to be creating more content on WordPress and website security. It’s something you can spend a few hours on which could save a ton of time in the future.

Watch the video above and hopefully you’ll identify a few tasks you can do right now that’ll secure your website so that you don’t have to go through the pain of a hack, like I did.

Lesson to learn: do non-urgent but essential tasks now!

4. Being stubborn with my decisions

Just because I spent a lot of money and took a lot of time doing something doesn’t mean that I have to keep doing it that way.

In 2014, I’d just built a membership site using WishList Member. I had dozens of courses and hundreds of videos. It was a huge undertaking and looked a mess. Meanwhile all my instructor friends were building their schools on an external platform called UseFedora which later became Teachable.

Most of them were happy with the platform. In those days you could import your course from Udemy to your site with one click (Udemy has since disallowed this feature). I could have ditched my ugly membership site and had my school up and running on this secure platform.

To make the decision easier, Ankur Nagpal, Teachable’s CEO, had even emailed me in 2014 to see if I was interested. No Ankur, I said, I would rather persevere with my stupid decision to sell courses with WordPress. Since then, Teachable has helped over 5,000 users launch over 12,000 courses to teach over 700,000 students and make over $3.5 million. They have just received $4 million in funding and have emerged as the only worthy competitor to Udemy.

Three years, three plugins, multiple headaches later, my membership site was hacked. There was only one thing to do: I set up my courses with Teachable at courses.robcubbon.com, moved over the users, and nuked the hacked site.

Lesson to learn: In future if I’ve made a bad decision, I should bite the bullet as soon as possible to reverse it. Admitting your mistake is one thing. Putting right the problem you’ve created with the mistake is another. Do both.

5. Trying to impress other entrepreneurs

There’s no good reason for an entrepreneur to impress another entrepreneur. Sometimes I want people to love my Big Idea and then get upset if somebody picks holes in it. I’ve got the thinnest skin and I hate criticism.

But, it’s my customers and clients I need to be worried about.

The tenets of How to Win Friends and Influence People by Dale Carnegie are as true today as when the book was written: “Be a good listener. Encourage others to talk about themselves.” Listen and learn. Open your mouth, and you learn nothing.

Lesson to learn: There is little reason to impress people and no reason to feel unworthy when you hear of someone else doing well. So I’ll continue to force myself to meetups, masterminds, and conferences, and go there to listen and learn.

Seeking approval is a meaningless waste of time. I do it everyday. Why try to impress with my knowledge of email funnels, or teams, or processes?

It’s great when entrepreneurs help each other and that happens every minute of every day. But if you don’t get the approval you desire, you’ll get into arguments. Then names of successful entrepreneurs will be quoted for validation.

But we are all individuals and what works for one may not work for another.

People will actually rather save face and win an argument by saying some particular online tool or technique worked for them when it didn’t. This adds further misinformation into the online business echo chamber.

Lesson to learn: meditate more and be happy with me.

7. Trying to think of a Big Idea

In reality, I just need to ship.

Most successful entrepreneurs sell products or services that are already out there on the marketplace. Although maybe they’ve got a different angle on an existing product.

I got started by delivering web and graphic design services for clients. I then went on to sell video courses about WordPress and web design. Not exactly original.

Lesson to learn: I don’t need a Big Idea that no one else has thought of.

The fear of failure is the worst entrepreneurial disease there is because it kills new pursuits before they start.

“Success is such a terrible teacher” – Bill Gates.

I’ll do anything to avoid failure. I’ll even pretend it hasn’t happened when it has. I cut short projects when they don’t start well. I’ll continuously start new ventures because I know there’ll be no failure at the beginning.

Lesson to learn: I really need to embrace failure. Failure is a marvellous teacher. If I spend a whole year failing at Amazon FBA it will help me more than if I spend a year in analysis paralysis as I have done.

What can I learn from all these dumbass stupid things I keep doing?

The main lesson is to be myself. I should not live my life as though someone was watching me. I’m always worried whether I’m doing the right / intelligent / un-douchebaggy thing.

And why is that? No one’s watching me after all. Everyone’s far too busy worrying about themselves.

Are you regularly making the same business mistakes? Any reason why? Do you have any idea why I keep making them? I’d love to know. Bare your soul in the comments.