In 10 years of blogging this is probably only my second rant post. I’m not a ranter, I don’t get all ranted up, and I don’t appreciate rantiness in others, so I’ll keep this brief. 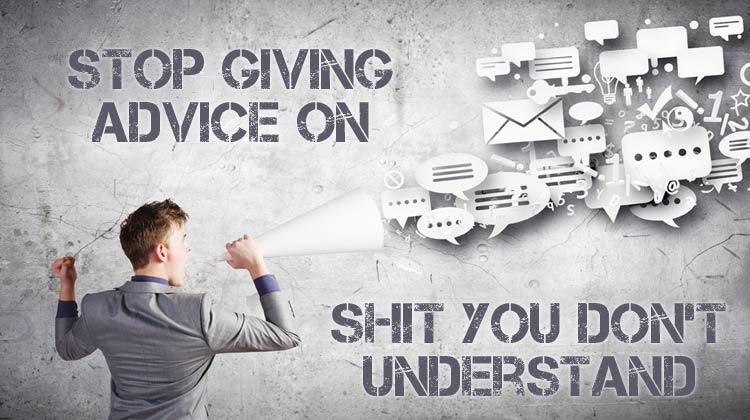 I’m calling all people, bloggers and those of us who give business advice, myself included: Please, guys, stop giving advice on shit you don’t understand. It should be obvious but it isn’t, apparently.

There is a ridiculous echo chamber in the online business community. Someone successful says something and then other unsuccessful people say the same thing. In my opinion, this is dumb.

So, for example, an extremely successful internet marketer shows us the results he gets from split testing a sales page. “This split test makes me $1000 a day” he proclaims.

Split testing – no one does it, but everybody tells you it's a great idea Click To Tweet

Apparently people are being brainwashed by these gurus.

Yes, because more people signed up to some guru’s list when he put a few annoying popups in. Split testing gave us email subscription popups. Thank you, split testing.

Here’s what the email form popup split test doesn’t do:

Another example of entrepreneurial brain washing

Just because something works for a guru, it doesn’t mean it’s going to work for us.

LeadPages is another good example of this echo chamber. I have no doubt that it’s a great product but has it made money for each of its users to justify their financial outlay?

Everybody says LeadPages is great. The next time someone says “LeadPages is great” ask them if they expect to make more money from their list than they’ve spent on it. And watch their expression change from one of shiny object awe to one of buyer’s remorse.

All investment in entrepreneurial shiny objects should be justified by ROI. But it seldom is. Click To Tweet

Email marketing software and services are expensive. Only spend money on them when you’re sure you’ll get it back.

“Dear Rob, what should I create a Udemy course on?”

People see me making money on Udemy so they think, “I’ll make some courses like Rob has done and make lots of money.” Well, worth a try, I guess. So they ask me: “what should I create a course on?”

WTF? I know nothing about you, your interests, what jobs you’ve done, how you can help people. And you’re asking me what you should create a course on? So, I tell them to create a course on something you know about.

Nooooooooooooo! Only talk about shit you understand. Only advise people when you’re sure that advice is sound. You can’t advise people with other people’s advice. Just because your mom tells you to stop picking your nose does that mean you say that to everyone?

So, don’t tell people what to do unless you’re in the position of authority.

“But I haven’t got anything to say!”

Then people complain that they haven’t got any advice to give and that’s the reason they’re flogging this second hand shit. And that’s rubbish!

Have you ever earned any money? Has someone given you money to do something? Yes? Well, now we’re getting somewhere. This is what you need to start talking about.

When I started blogging in 2006. I didn’t know shit. But I knew a thing or two about creating PDFs, Photoshop tricks and artworking. So that’s what I blogged about.

For me, this was natural. I have a bad impostor syndrome. Who am I to tell people what to do? Sometimes it’s good to be confident and say what’s on your mind. But, with content marketing you have to have authority.

If you’re making money doing something then you can tell people how to do it. Otherwise, don’t.

Rant nearly over. However, while I’m ranting…

We all do it. Stuck for something to do and with that feeling of unease, like we don’t have quite enough, we satiate our hunger in the Kindle store, with podcasts or blogs … we bombard our senses with business advice.

Because, otherwise, we have a fear of missing out. There maybe that useful tidbit, technique or plugin that is essential to our business success? There must be a secret in a book about the one big thing or the several little things we need to do? 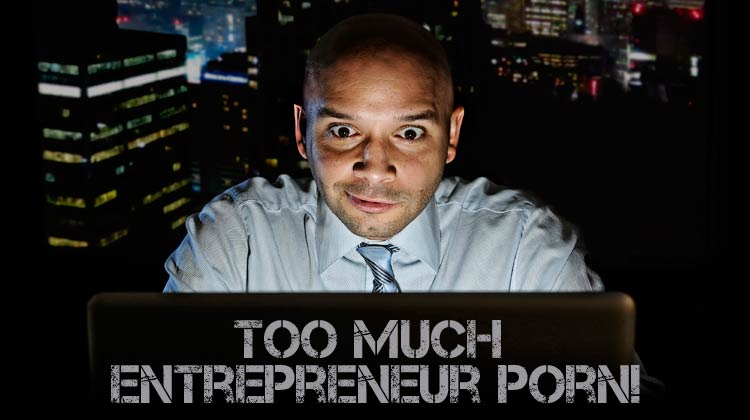 Is this what successful business people do? No.

So, rant over. Time to get back to work. Time for me to stop writing and time for you to start doing something. Outsource that project, place that ad, ship that product!