Every three months I sit down and take stock of my business. What I’ve done, where I’ve been, what’s worked and what hasn’t. I put it all down in a quarterly business report. If you want to know how much money I’ve earned this quarter, you can do here. 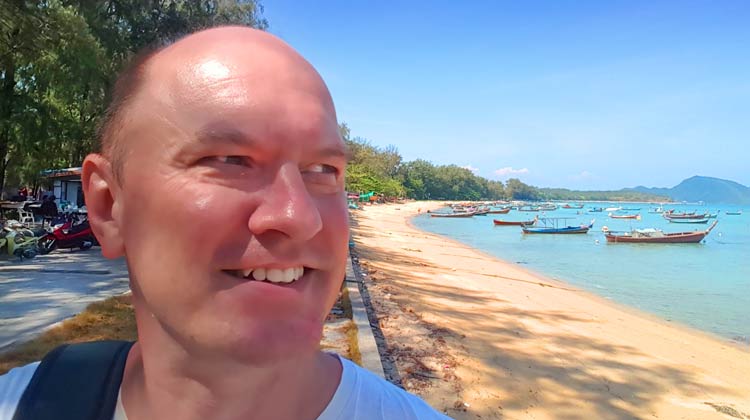 Again, I did a lot of travelling this quarter, mainly because there’s a smog issue in Chiang Mai at this time of year. I’ve been mainly in Koh Samui, Phuket and Bangkok – all in Thailand.

What’s been the upshot of this? Well, I’ve been doing less work, outsourcing more and having way, way too much fun! 😉

Enough of the lifestyle stuff, what have I actually achieved in the last 3 months?

From Aweber to Active Campaign

IMPORTANT: Since writing this I’ve been having problems with Active Campaign. I’m turning off their affiliate link and I’m not actively promoting them until they’ve sorted out some of the issues I’ve been having.

Why did I do this? I was getting increasingly frustrated by Aweber‘s lack of automation and tracking tools. With Active Campaign I have the ability to:

In making this change I’ve completely re-structured by email lists. I now have three main lists for this blog.

This shows you the “pyramid” of subscribers to my site. (OK, it’s an upside down funnel!). The object of doing this is very clear. I want to move people up the pyramid from visitor to subscriber to buyer. 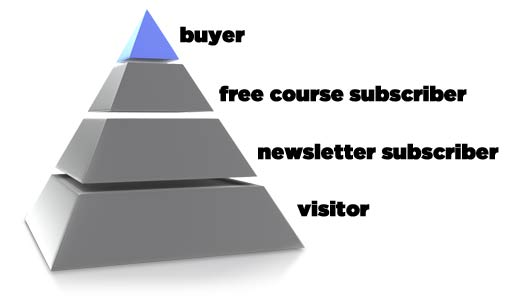 Only here I have an extra subscriber “layer” of the pyramid which is the subscribers to my free courses. These people may not have bought from me but they are more engaged. They have taken (or want to take) one or more of my free courses and I have their first name. 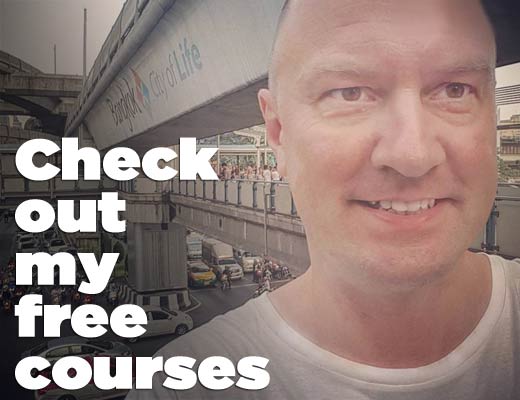 Other benefits of Active Campaign over Aweber:

The links above to Aweber and Active Campaign happen to be those pesky affiliate link thingies. 🙂

My Amazon FBA experience so far

I really feel like a complete n00b with Amazon FBA even though I’ve been living and breathing it for 6 months. It seems like the only thing I’m able to do in this area is spend money. And that doesn’t make me feel good.

Another thing I don’t like about it is the lack of transparency amongst Amazon FBAers. There are good reasons for this. At the moment I’m not telling you the product or the brand. Maybe I will one day.

So far all I can say about Amazon FBA is that it’s cost a bit of money to get started. Particularly as I’m sourcing the product from the states and my first inventory shipment is of 500 units.

One-off fees to research and design the first product and brand:
Amasuite: $297
JungleScout: $147
Packaging design: $500
Consulting with Kevin Rizer: $500 (totally worth it!)

So is that it? Noooo, not so fast, sunny! There is also Amazon PPC – their ads which enables me to put my product in a prominent position on Amazon’s search, product and category pages. Not to mention the $1 promo codes I’m giving out in order to get those all-important 4 and 5 star reviews.

Is it worth it? Well, I still think so. I can certainly see myself getting on the first page for my main keyword at the end of this moth or the beginning of next month. If I do that I can see more organic sales coming in.

When will I break even? Phew, that’s a good question. Hopefully I’ll be able to incorporate these figures into next quarter’s passive income report and show a profit. That’d be nice. 😉

Don’t let these figures put you off Amazon FBA. It’s perfectly possible to get started with a fraction of this money. But you do need something up front.

Well, hang out the flags, I’ve only gone and hit the traffic target! Unfortunately that’s not because Google has finally fallen back in love with this site. That is probably because of emails coming to the site from Udemy educational announcements as well as my own emails. These can add thousands of visitors a month. Apart from that, my traffic comes from organic (Google) 49%, social 9%, referrals 12% and directs 23%.

Last quarter I had five targets. Here’s how I got on (not very well!):

Here are my business targets from now until the end of the second quarter 2016:

I better get to work!

I always add these indicators to my business report.

It’s great to see my Facebook Page benefitting from the tactics I learned in Steven Aitchison’s Your Digital Formula course (affiliate link) that include how to create image quotes to increase Likes on your Facebook Page.

As you can see, I’ve added a few new indicators at the end there.

I’m pleased to say that I’ve added another $100 monthly recurring donation to the list. I’m donating $100 a month now to MOAS.

The Migrant Offshore Aid Station (MOAS) is a charity dedicated to saving lives of migrants at sea. They do a lot of work, as you may imagine, in the Mediterranean, as the crisis in Syria has caused many people to risk their lives to get to Europe. Even before the Syrian crisis, however the Mediterranean had seen many migrant issues and fatalities. And they also work in the Andaman Sea where people from Bengal and Myanmar regularly travel to find work in Indonesia, Thailand and Malaysia. This Andaman route has seen many migrant fatalities in recent years. Great that this charity does work in this part of the world (SE Asia).

I’m now donating a total of $460 a month to the following charities:

Why don’t you lock in some charitable gifting into your business? Follow the above links as I’m sure they’ll love to have your support.

Why do I publish the charitable donations given by my company? Showing off again, Rob? I was inspired by a Smart Passive Income podcast by Pat Flynn with Dale Partridge of People Over Profit.

I just couldn’t do it. I was planning to spend more time with my mother than I actually did. It was cold, I got ill and, at the end of the day, I have more friends and have more fun in Thailand than I do in the UK. So I left old blighty half way through February.

It’s a wonderful privilege to have experiences all year round that some people save up all year to enjoy for just three weeks. At the moment, I’m minded to make the most of it while I still can.

My first world problems (really of my own making) are that I’m not exercising, meditating or eating as well as I had been in London. Now that I’m in Chiang Mai, I’m hoping to put that right. 44º celsius today so I didn’t get round to running.

I hope these business reports help other entrepreneurs, business people and those starting out. They certainly help me monitor my improvement or lack of it.

The next three months will be critical for my business as we’ll be better able to see if Amazon FBA is worth the time and money investment or not.

Stay tuned! Right, I’m off to find the restaurant with the best air-con in Chiang Mai.