I’ll look back on 2016 as a year of negative business metrics but positive life experiences. 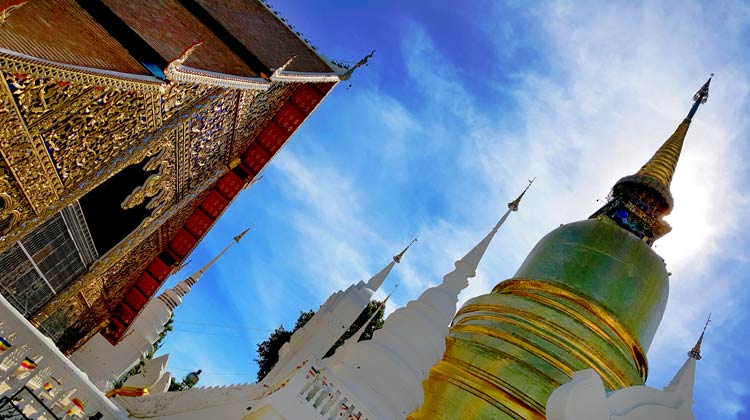 I started the year wanting to be a successful online business blogger. Now I couldn’t think of anything worse. All that hard work!

My passive revenue reports show my business made less money than it did in 2015.

I’m happy because I’m not relying on one source of income as much as I used to. Other income sources are holding out and new ones are being introduced. The reason for this was mainly Udemy. Udemy was responsible for over 50% of my business at one point and having too many eggs in one basket was never going to end happily.

I’m earning less but I’ve had such a great year. I’m making enough money to survive and grow as a human being so, on this important level, I’m winning!

The answer to the above questions is … Amazon FBA. 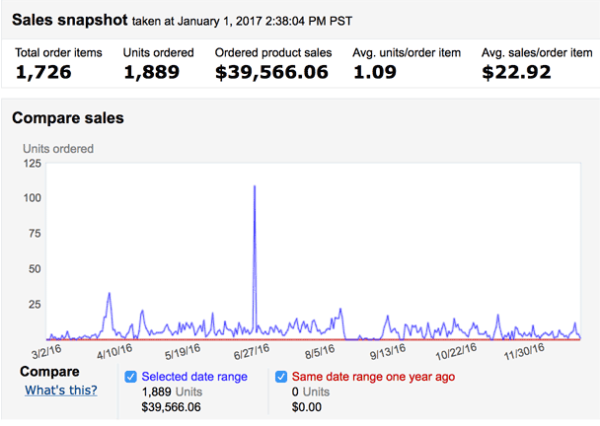 My Amazon FBA experience in 2016 has been littered with costly mistakes and I suffered from lack of motivation at times.

However, although the year of Amazon FBA fails (detailed below), I now have an income stream that’s delivering me $1000/month. This is totally passive. And I’ve only got one product. Imagine if I had ten?

In general, I take a lot of steps to fill my life with positivity. And, in general, it’s working …

I spent most of the last three months in Chiang Mai, thanking the universe for the wonderful life that I have. I also spent most of the year in Thailand. Things were particularly good as winter came to northern Thailand. The weather cooled down as the rainy season gave way to beautiful clear skies. Many old friends returned to Chiang Mai and I met many new amazing people as well.

I am increasingly aware of the beauty within my life and of the best things that money can’t buy.

Getting back into self publishing

After slight negativity with Amazon FBA, I asked myself what I would enjoy doing? I enjoy creating things. I enjoy making things happen rather than evaluating and judging what other people do.

So I resolved to do something I would enjoy. I decided to write a book about about location independence. I spent a month writing it and I loved every minute. 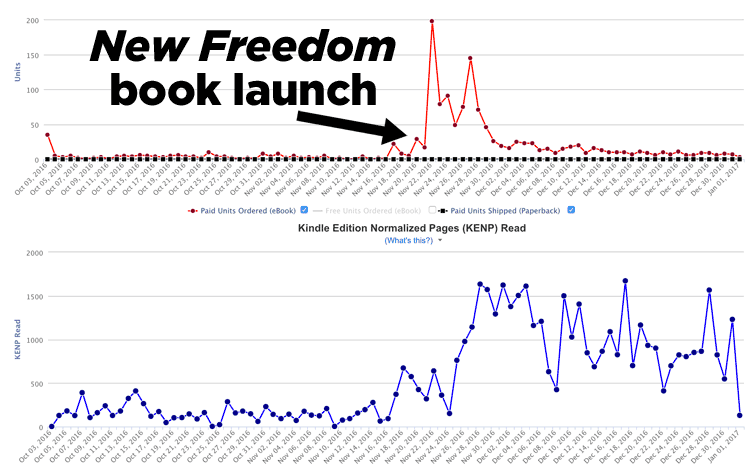 I absolutely love self-publishing (even though it’s hard to make money doing it). I’ve written eight books in three years. I’ve nearly sold 10,000 books and made almost $15,000. It’s not about the money. It’s about building a personal brand and getting customers’ email addresses so that you can sell them more at a later date. And I enjoy it.

I explain more about my passion for self-publishing in this video.

I’m launching a course on self-publishing soon to help people start 2017 as Amazon bestselling authors. You can do it!

Not listening to ‘guru’ advice

This is going to sound strange coming from someone who’s been blogging for over 10 years now. But … I’m going to listen to less business advice in 2017.

So much of the advice I took from ‘gurus’ in 2016 was incorrect. What do I mean by ‘gurus’? Entrepreneurs that have bigger businesses than me.

And there’s the important point. People who don’t have a similar type of business to yours could so easily give you the wrong advice. They’ll give you the advice that is right for them at that moment. They don’t – they can’t – know your situation.

We are all unique human beings. And the businesses we create are all unique as well. This is another reason you should be careful of the advice you take. I’m not blaming anyone here. The ‘gurus’ aren’t handing out crap advice on purpose! This is just life.

I’ve been in business of over 10 years. And, for most of that time, I’ve been interested in “bootstrapping” businesses. I grew my business from zero (OK maybe I invested $200 initially!) to six-figures.

My blog articles, my books and my courses have reflected the desire to help people grow businesses with minimal investment.

However, in the last few years, my business has been doing well and I’ve been living in cheap parts of the world. The result is I have capital in my business that I want to invest.

So my future businesses will be about, for example, turning $10,000 into $100,000 – rather than growing something from nothing.

For me Udemy went wrong, very wrong in 2016. The problems started in April when the company introduced a new course pricing strategy and stopped deep discounts. This was the third major pricing policy change in less than three years and proved a sales disaster. My sales dropped by 50% and never really recovered. Three months later, Udemy reversed the policy and some instructors sales reverted back, however, mine didn’t. So I’m making less money from Udemy organically and I don’t know why.

There were many mistakes in my Amazon FBA journey through the year. Firstly, I wasted a lot of money on various review promo sites. When you’re launching a product in America especially, it’s advantageous to get reviews on Amazon. You can incentivize these reviews by offering the product at a discount to groups of shoppers. Not only did I mess up the promo codes and lose some inventory to rival sellers. Amazon also changed their attitude towards these promo tools and got rid of 80% of the reviews I’d spent so much money acquiring.

Similar to the above but more costly and less beneficial was wasting $2000 on ZonBlast – a promo tool used to increase rank that you should avoid.

This mistake was the worse of all (although it had a happy ending). I noticed an error on my product’s packaging on my worst day in business ever. The cost to return and repackage all my inventory was about $3000. I also lost ranking while my product disappeared from Amazon for a few weeks.

(And despite all my Amazon FBA fails, I’m still making money. That is why I’m persevering with this business model.)

Email marketing is the backbone of my business’ marketing efforts. In 2016 I moved from Aweber to ActiveCampaign so I could segment my lists better and make use of some more advanced email marketing techniques.

Unfortunately, ever since the move my lists have been besieged by bots and I have been unable track where subscribers are coming from or gauge open or click-through rates.

I really hate to be negative and writing articles about my bad experiences with ActiveCampaign and ZonBlast, for example, is not what I want to spend my time doing.

So I apologise for moaning. I’m thinking of moving to ConvertKit in 2017 rather than wrestle with ActiveCampaign’s (lack of) support. I’ll try to be more discerning and hopefully in future the tools and services I’ll use will, at least, do what they say they will.

I’m writing this from a very cold London and the beginning of 2017. There’s no doubt that, for whatever reason, England, especially at this time of year, holds a lot of negativity for me. Time is going very slowly and I’m counting the days until I jump on the jumbo jet that takes me back to Asia in a few weeks’ time.

What am I going to do to stretch myself in 2017? Meditation retreats and plant medicines. Hold me to it!

That’s my first target. Other targets include:

Thank you for reading my last income report of 2016. I hope, as always, telling you about my journey helps you with yours.

What do you think about my decision to go for Amazon FBA in a big way in 2017? Please feel free to make a comment or ask me a question here. Happy New Year!