If I’m honest, I entered into a bit of a malaise in this quarter. Several bad things happened. This quarter included a lot of travelling as well as a trip to the UK which always tends to put me out of step. 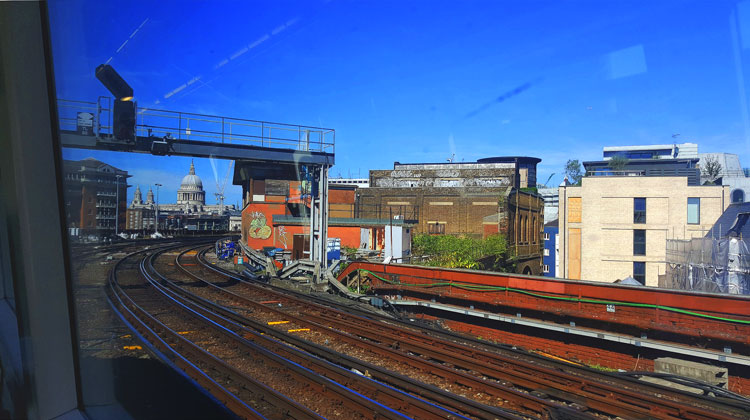 Anyway, I’m back in Chiang Mai now and feeling good. A lot has happened, so let’s get going with my business report from the last quarter.

So I’m sitting in this cosy Bangkok cafe surrounded by Beatles memorabilia, it’s high summer and I’m feeling quite pleased with myself. My first FBA product had just sold 22 units the day before making me $100+ profit after my PPC bill and it was riding high in 6th position for its main keyword. 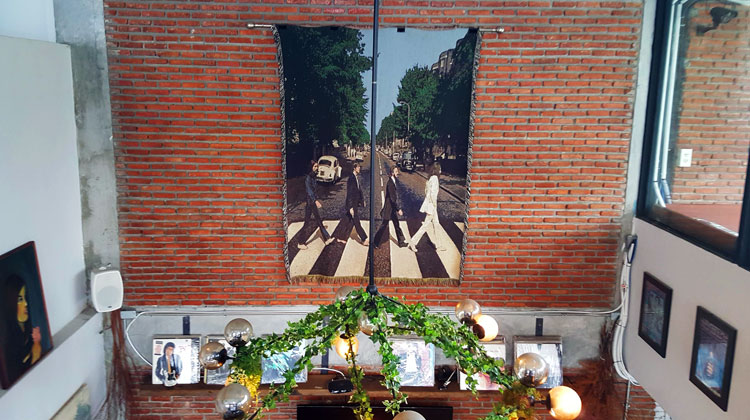 Suddenly, I noticed something on my laptop that gave me a feeling that reminded me of standing outside the principal’s office when I was 12 years old.

This day in Ekkamai goes down as my worst day ever of my 10-year-old business.

I can’t bring myself to tell you what I’d done. I’ve actually only confided in a couple of friends. But, suffice to say, I made a stupid mistake which cost me at least $2000.

What was bad about this: I felt like such an idiot. I felt imposter syndrome – big time! I’d been quite happy selling e-books and video courses on web design and entrepreneurial subjects. However, physical e-commerce and Amazon FBA is still way out of my comfort zone. And I don’t like being wrong.

What was good about this: It was my fault. It was actually quite comforting that I had no one else to blame but myself. It was also quite nice to know that the business could easily take the hit financially. In fact, the business has more money in the bank account despite spending thousands of dollars getting up to speed with FBA.

Ho hum, we live and learn.

However, I’ve suddenly become all fired up about a book idea. I’d been meaning to write a book about location independence as a lot of people have asked me about my travelling experiences over the last two years. 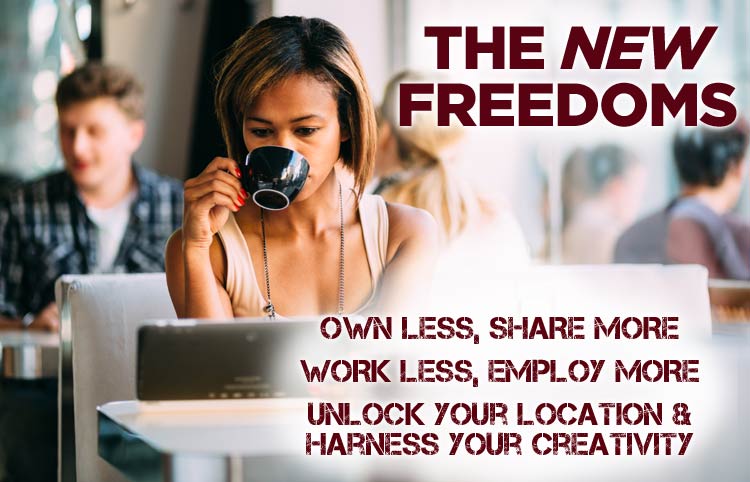 However, the book idea has morphed from being about location independence to using the sharing economy, cloud living, outsourcing, and other online tools to live a new life of flexibility and freedom.

I don’t want to be another digital nomad trying to get everybody to “live the dream”. I want to create a resource about flexible working that’s going to be helpful to all sorts of people: young and old; employed and entrepreneur; tied and untied.

I want it to be a guide for ordinary folks to add greater location independence and work flexibility to their lives. A sort of 4-Hour Work Week for 2016. Or should we say 2017?

I’m going to be doing interviews with interesting people in this field. So far I’m thinking of: Cody McKibben, Dan Andrews, Pieter Levels, Natalie Sisson, Glen Allsopp, Yong Fook, Justin Cooke, Leon Jay, Jacob Hiller, Tim Ferriss, Matt Mullenweg, Jarrod Robinson, Shayna Ferreira de Oliveira, etc., obviously I’m not going to get them all. But worth a try. Looking a bit white, male and from developed nations at the moment. I’m going to have to redress that.

What do you think about the new book idea? Is there any subject you’d like to see covered? Is there anyone you,d like me to interview?

As I said at the top, I’m coming out of a bit of a malaise. This was caused by various factors: business not going well, having to return to the UK, travelling a lot, and other first world problems. 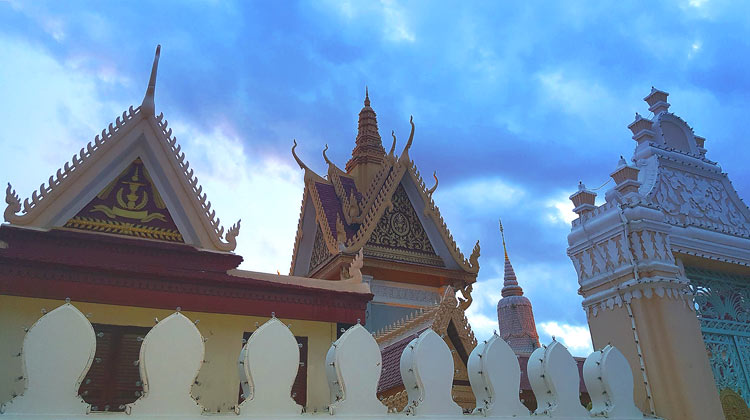 It was really great to visit Phnom Penh. Good to know that if Thailand becomes untenable I have an alternative country. Cambodia is more relaxed in the granting of long-term visas to westerners.

As nice as six months plus in Asia was, my return to England showed me that I really should spend more time with my mum. 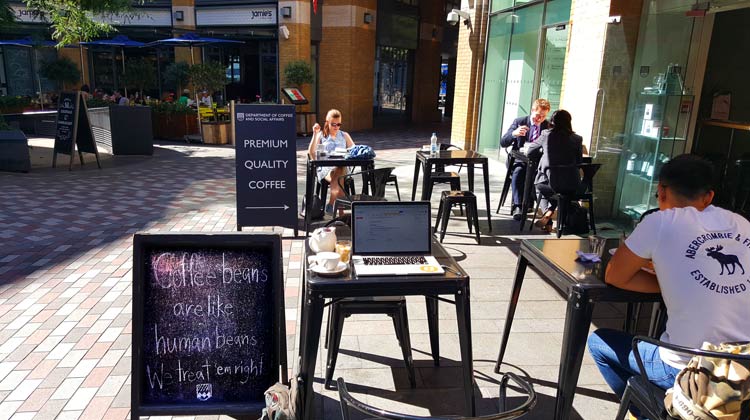 London was experiencing a mini heatwave when I got there. I felt crazy going around Covent Garden in the same shorts and flip flops I’d been wearing in Asia.

I’ll return before the end of the year and the weather won’t be so welcoming. 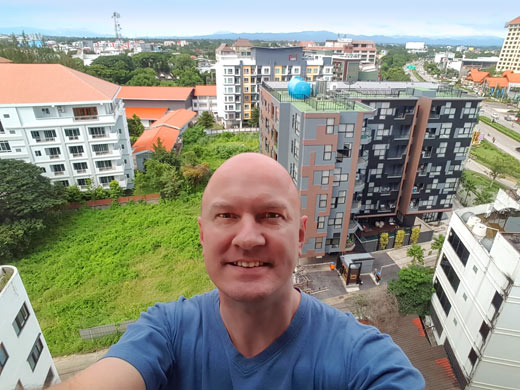 I’m exercising and meditating more now that I’m back in Chiang Mai and surroundings are familiar. I’m also fired up about the new book (and, after that, two new course ideas).

I know I’m incredibly lucky that my RobCubbon.com business can support my monumental Amazon FBA mistakes. So it’s all good.

This is also the first business report where I’m not going to be as transparent with my financial incomings and outgoings. The reasons I stopped doing public income reports were many:

So, I thought, what’s the point? Clearly, the income reports weren’t doing what they were meant to be doing – providing useful information to other entrepreneurs so that they might improve their businesses.

Getting back into Kindle

I’ve published seven Kindle books (and all have a paperback version). I’ve really enjoyed the Kindle experience. I’ve made some great friends and contacts through it (especially through Pats1stBook.com). Having a bestselling book on the Kindle store is undoubtedly good for business. However, if I compare it to course creation, it doesn’t make much money.

If I release a new course, I can make $4000 profit in a little over a week. If I publish a new book, I probably won’t start making money for a month and then it’ll be $40 a month or so if I’m lucky. Little wonder, then, I’ve ignored Kindle for a good part of a year. 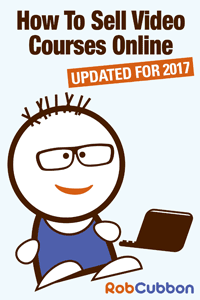 I’ve just re-published an old book, How To Sell Video Courses Online: A Roadmap To How I Make an Extra $5000+ Passive Income Every Month. This turned out to be a stupid thing to do. It would have been better to launch a new title as it would have taken the same amount of time and cost the same amount of money. Ho hum, we live and learn.

However, the experience rekindled (omg, sorry!) my love for self-publishing. Hence the new book idea above.

On April 4th 2016, Udemy introduced a new course pricing strategy and stopped deep discounts with dreadful results. Three months later they reversed the policy with a few face-saving modifications. Most instructors on Udemy have reported a return to normalcy. However, my revenue has stayed stagnant. Organic Udemy sales have actually dropped since the new pricing change. Udemy, was it something I said?

Here’s an article I wrote about alternatives to Udemy.

Skillshare is another online learning platform that I have my courses on. Again, it’s consistent passive income but not nearly at the levels of Udemy. In August and September, I spent quite a lot of time on Skillshare, releasing new courses and making announcements to try to increase subscribers and revenue there. Did it work? Well, no, not at all.

I like that Skillshare is altogether a less paranoid company than Udemy. You can put all sorts of links in courses descriptions and announcements. However, it does seem difficult to get revenues up to anywhere near Udemy levels.

StackSocial continues to perform well although I don’t know how long that’s going to last. More details about my online course selling here.

I launched a new course, Starting, Managing, and Scaling a Successful Online Business, this quarter and sold it to my list at $14 and to my Udemy following at $15. This brought in $4000 in the first week.

I had a chance to meet with Dwight Turner of Courageous Kitchen, one of the charities my business donates to every month, in Bangkok just recently. It was good to hear how the communities of Hmong refugees are getting on. We were also talking about the complications of securing funding for non-profits and the endless bureaucratic hoops you need to jump through.