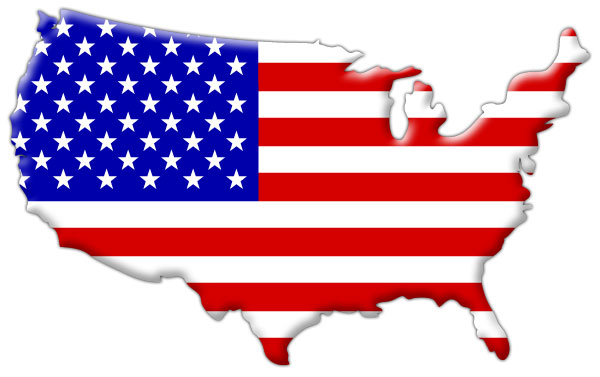 A while ago I did an article explaining how to create a country,s flag inside its map outline and I used as an example the Australian map and flag. I’ve since had a lot of interest from Australians who wanted to use the image so I thought I’d do one for Americans as I get a lot of visitors from the United States.

I employed a very similar technique for this one as I did the other one. First, I got from a Google image search the country outline of the USA and a picture of the stars and stripes. I turned the country outline into vector form by using Adobe Illustrator’s Live Trace. The flag I re-created manually in Illustrator.

Once the flag was finished, I grouped all the objects and position the country map outline over the flag and, with both selected, I went Object > Clipping Mask > Make (Cmd/Ctrl-7) to give the flag the outline of the country.

I then copied this and pasted it into a Photoshop document and added a Bevel and Emboss and a slight Drop Shadow layer style.