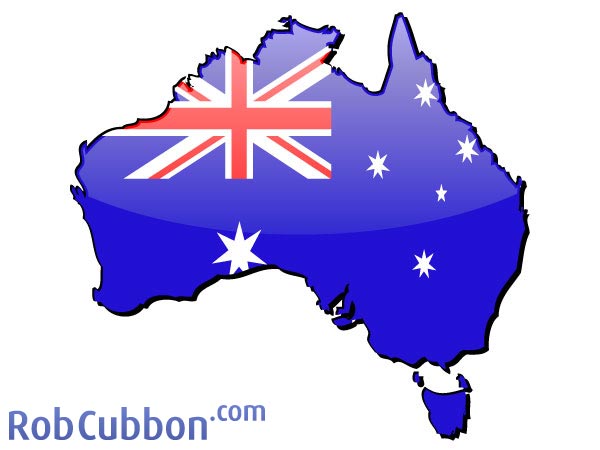 Quite often I’m looking for a simple iconic device to represent a country without having to just reproduce the flag alone. So, as you can see above, why not put the flag inside the country’s shape. Also, it’s free!

It’s relatively easy to find a country’s flag and shape on the internet and tracing the flag is very easy in Illustrator. For example above, the Union Jack part of Australia’s flag was created by overlaying red, white and blue rectangles. An important thing to remember with the diagonals is to copy and reflect them so that they appear at the same angle.

So how do you get a nice flat line around the edges? Simple. Group all the rectangles together (Cmd/Ctrl-G – you knew that!) and add another rectangle on top of them to where you want the edge of the flag and, with both of them selected, go Object > Clipping Mask > Make (Cmd/Ctrl-7) to crop.

Use exactly the same process to fit the flag into the country. The outline of the country can be traced using Adobe Illustrator’s Live Trace from an image downloaded from the internet. Put the outline over the grouped flag objects and, with both of them selected, go Object > Clipping Mask > Make (Cmd/Ctrl-7) to crop the flag.

The highlight or shiny surface is created by a black to white gradient circle set to Lighten in the Transparency palette with an Opacity of 60%.