Steemit is a social media and blogging platform that pays users for posting content.

In the video above I compare Steemit with Facebook and explain how I love the distributed, crowd-controlled nature of the platform.

Take a look at the hot or trending posts on Steemit. You’ll see a page of posts with a thumbnail image and various stats about the posts. They’re about anything: travel, food, business, cats …

The number I’ve highlighted in BLACK is how much the post has made so far both for the creator and the curators (people who’ve shared the post). The creator will always make at least 75% of this figure.

The number I’ve highlighted in RED is how many times the post has been upvoted by Steem users. You can immediately see that, although the money a post makes is entirely determined by its upvotes from the community, the numbers of votes and the dollars paid out don’t correlate. That’s because not all users’ votes are equal.

The number I’ve highlighted in BLUE is the number of comments on the post.

The icon I’ve highlighted in GREEN is what you click to “Resteem” or share with your followers.

The number I’ve highlighted in ORANGE is your reputation score. This is out of 100. The higher it is the higher your reputation is on Steem, the bigger your audience, the larger your payouts.

My new FREE course on Steemit

Find out how to make money posting on this amazing social network with my new FREE course. 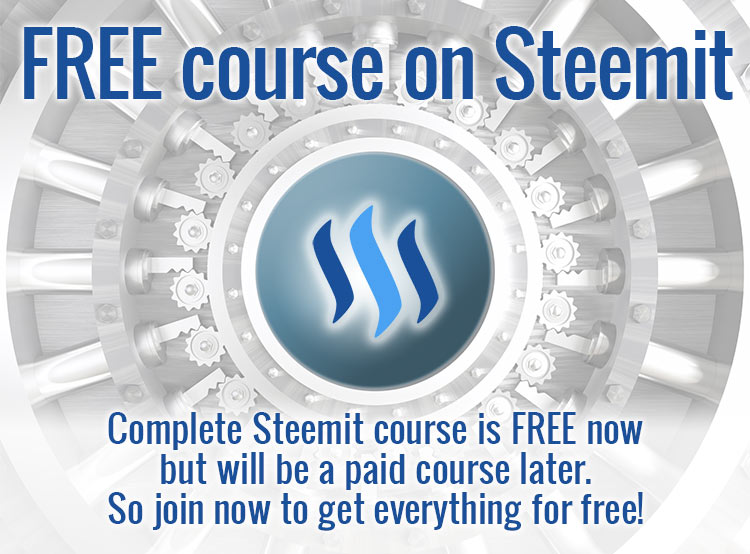 My complete Steemit course is FREE now but will be a paid course later. So join now to get everything for free!

How Steemit works – introducing the blockchain

“The blockchain is an incorruptible digital ledger of economic transactions that can be programmed to record not just financial transactions but virtually everything of value.”

It’s really just a constantly expanding database or ledger that’s housed on multiple machines around the world. So it’s distributed. The beauty of being distributed means that no third party or centralized authority is necessary to validate anything on the blockchain.

The blockchain is the technology that underpins Bitcoin – the first ever cryptocurrency. So, in the case of Bitcoin, no 3rd parties (banks, governments, exchanges, etc.) are needed to make transactions – no bank fees, no exchange fees, no central banks, no uncertainty over government interference with the money supply, etc.

The Steem blockchain protocol, in addition to being able to store value ($$$), can also store content. And itt rewards people for creating content, curating content, and even commenting on content with its cryptocurrency Steem.

There are no ads, so where does the money come from?

The Steem protocol, just like that Bitcoin protocol, creates money out of thin air. If that sounds scammy or strange to you, that’s fair enough. However, in this way, there is no difference between cryptocurrencies and US Dollars or any other currency.

Since the decoupling of the US dollar to gold by Richard Nixon in 1971, a system of national fiat currencies has been used. The word “fiat” derives from the Latin meaning “let it become”.

Since the cost of producing any denomination of a national currency is negligible, all money is in fact created out of thin air. However, people believe in a currency’s value. So a US dollar is worth what it is. People prescribe monetary value to precious metals, stone, beads, shells, etc. Human beings have been using money since before they started writing history books.

It’s the same with cryptocurrencies: their value is derived from how much people believe in them, or are prepared to pay for them. Bitcoin, Ethereum, Steem, and all the other cryptocurrencies are traded everyday. Their values go up and down according to the irrefutable laws of supply and demand.

Cryptocurrencies are particularly volatile but above you can see that 1 Steem token is, at the time of writing, worth roughly $1.21.

In the early 2000s, when the internet was in its infancy, great content found its way to the top as there was less of it around. The internet was an awesome and quirky place. Now, the internet is still awesome, but it ain’t quirky.

Around about 2012 Google gave up on being a search engine and decided to rank only big brand websites in their popular search results. Now, sadly, only 16 core companies dominate the most popular Google search results.

Social media sites are no better. They reward the already popular, leaving new talent to fight over the crumbs under the table, while the pie gets devoured by shareholders and vested interests.

So, in relation to what’s out there at the moment, Steemit could Make The Internet Great Again.

Compare Steemit to other platforms

Let’s look at Facebook, for example. Not only you have to work for Facebook by providing your best content, they also whore out your information to advertisers, and show you ads. You and your content effectively makes other people rich – you also have to pay Facebook to get your content seen by your own following.

I’ve been engaging with Steemit, posting a lot of stuff, commenting, sharing, etc., for a over month now, and I would love to see it succeed. 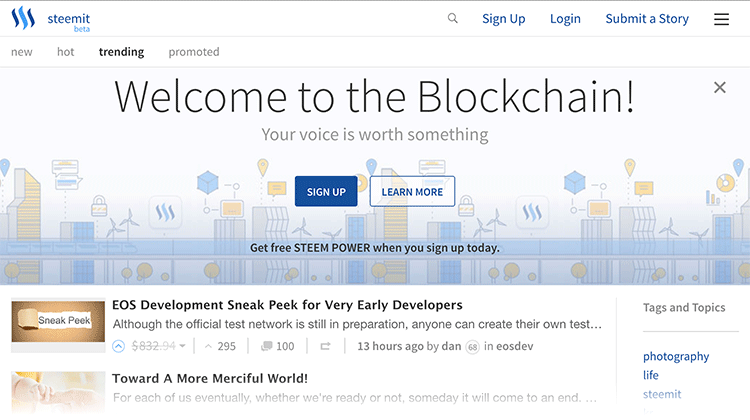 Once you have created an account that is it!!! You must never forget your password because it CAN NOT be retrieved.

First thing you do after signing up? Follow me, of course: https://steemit.com/@robcubbon oh my, that was lame. 🙁

Not only are you rewarded in cash for your best content but you are also rewarded for positive engagement.

While other online platforms tend to have a lot of bubbles and flame wars,  Steemit rewards positive engagement with people even if you don’t share their opinions.

I always believe it’s worth to try something new consistently otherwise you’ll never really get to understand anything.

I started blogging in 2006 and it was years and years before I made money. So I don’t expect to make money straight away from Steemit (although I have). So I’m going to hang around on Steemit for a while and see what happens.

What do you think about Steemit? Crazy waste of time, ponzi scheme, an amazing disruptive technology that will alter the future of web publishing? Or something else? 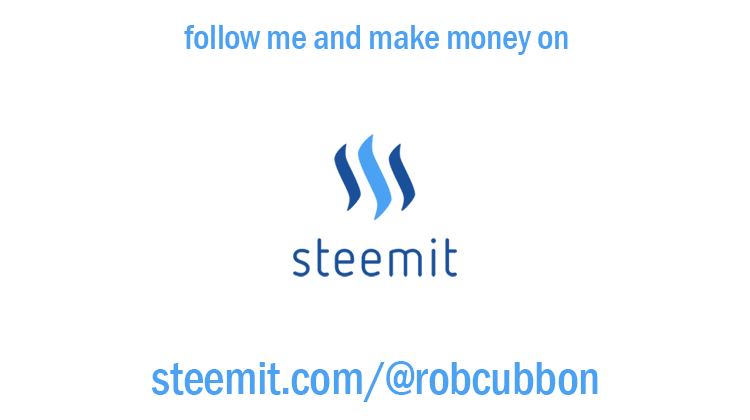