The next guest in my series of interviews for the Design and Marketing Podcast (please subscribe and/or leave a review) is Jon Phillips.

These interviews are mainly of designers who run their own businesses. While Jon may not spend all his time running a business now (and we’ll get onto that later) he certainly fits into this group very well.

He’s a native of Montreal, Canada and picked up web design by teaching himself while working at a call center.

Jon’s background and hobbies strike a familiar chord (get that one!) amongst those I’ve interviewed so far. Jon is a guitarist and has a love of creating things and “seeing how things work”. 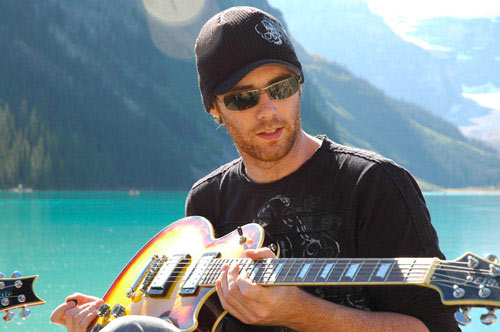 It’s amazing how many of the web designers I talk to are musicians and love all sorts of creativity. They also usually have an interest in the technology of the modern world. Jon is no different.

After a few years of making websites for family, friends and clients he stopped working at a call center and became a fulltime freelance web designer.

It’s funny because I thought I “knew” Jon from corresponding with him so regularly online for maybe 5 years. But having just talked to him I realise that what I knew was only the tip of the iceberg.

So, just for the record, here is the order of sites that Jon started, built up to be successful, and sold in order to move on to bigger and better things.

If you look at those four sites, you’ll find that each one is highly trafficked (and we’re talking tens of thousands of visitors a day) and has an extremely high authority within the design niche.

This is testament to Jon’s ability not only to set up and maintain hugely useful blogs but also to know when and who to sell them to. It’s important to note that Jon didn’t throw them out to Flippa and see who’d bid the highest price. He sold them to people he knew, for example, he sold FreelanceFolder to Mason Hipp who was already an advertiser there.

Jon is very modest about his involvement. But, especially when you consider English is only his second language, setting up these amazing sites has been an incredible achievement.

Working with a team

Jon now has a job! Setting up and selling four successful websites secured him some incredible contacts. He used these to get some amazing freelance gigs, but these contacts also led him to working for BuySellAds the online advertising network.

After being shut in a room working by himself for so long, Jon has really warmed to chatting with a team everyday. He obviously really enjoys the camaraderie of getting together with like-minded people to build a great product. And, who wouldn’t?

You can do it – just go with the flow

This philosophy reminds me of the spirit of the book “Screw It, Let’s Do It” by Richard Branson, where you really get a sense of the enjoyment of entrepreneurial activity. I seem to remember the Virgin boss saying something like, “Wouldn’t it be fun to start an airline? Let’s do it!”

A lot of these successful sites started with a thought in Jon’s head. For example, one day he thought: “wouldn’t it be great if there were quality design resources all in one place at a reasonable price?” And so he created it.

That’s not to say it’s easy or that all these ideas come off. Most of them don’t. But you’ve got to keep trying. 🙂