There was a time when my first world problems consisted of hours upon hours of lengthy commuting and dead end jobs. This wasn’t for just a couple of years – this was for over a decade, in fact. 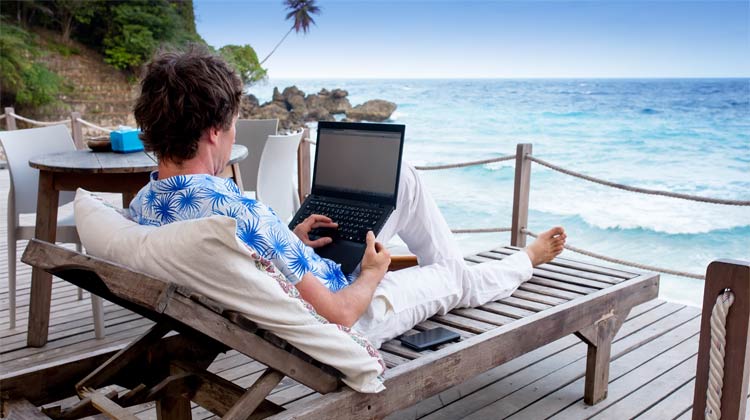 Now I consider it my mission to help people who are bored and unfulfilled because I can bring more meaning to their lives.

How did I swap a meaningless life for a meaningful one?

As boring as it sounds and – trust me, it was very boring – at work I was creating PDFs. I used to write blog posts about creating PDFs and then someone phoned and asked me to create a PDF for him.

This guy was an executive at a Fortune Global 500 company. I,ve been working with this company for nearly 10 years now – they,ve paid me many ten of thousands of dollars in fees. 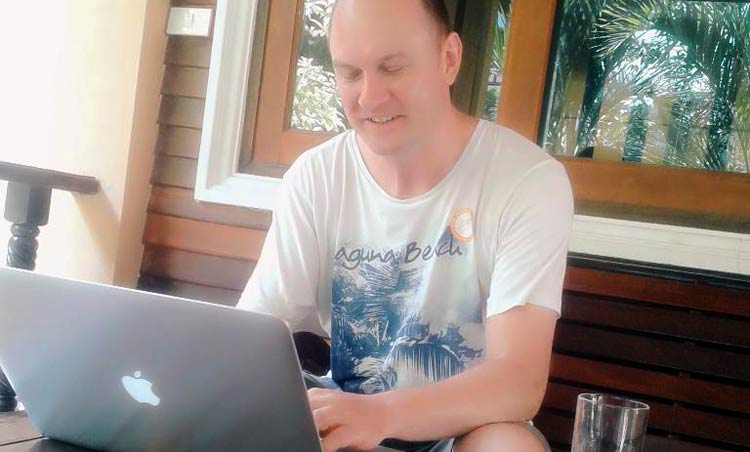 We are all marketers. We all have to sell ourselves.

I,m “guilty” of selling my lifestyle too. Am I going too far?

Everyone of us hate the sleazy internet marketers that stand in front of an expensive cars or houses and tell you it’s easy to make money online – as long as you buy their product.

I saw this video which says that digital nomadism is being over-hyped. Digital nomads are usually developers, designers, copywriters, marketers etc. As they are location independent, they left the country they were born in to work in foreign countries that are cheap, nice to live in and have good internet. All they need to make a living is Wi-Fi.

The guy in the video says you shouldn’t put images of people having fun with online businesses on the beach. As I have posted images of my laptop in exotic locations, I feel the need to defend myself.

In my opinion, entrepreneurship should be hyped up. If I’d been encouraged earlier, I might have started sooner. That would have been a good thing. One more entrepreneur means one less angry, bitter individual commuting to a job they hate.

Entrepreneurship is not only good for individuals – it can be good for society at large.

We are all migrants

Sometimes we think everyone sees the world as we see it. Digital nomads think that they,re “a thing”. Digital nomads are migrants who,ve left the country they were born in to work.

Modern Americans are the descendants of migrants who left the country they were born in to work (either voluntarily or involuntarily). In fact, if you go back far enough, we are all descended from migrants who,ve left their home country in order to find food, work or make money (unless you happen to come from the Great Rift Valley in Ethiopia).

So they,ve not really invented anything new. Only the tools they,re using are new. 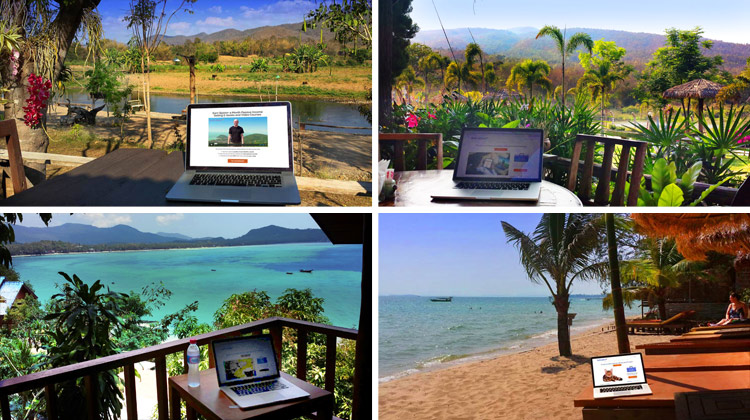 This is entrepreneurship and I,m happy to hype it up. I’m doing work that I love, that’s benefitting other people from some of the world’s most beautiful places. Yes, it can be hard. But not as hard as going to work in London on a cold January morning. I shouldn’t imagine working in a paddy field or a factory would be much better either.

People appreciate the fact that I,m “living the dream”, at least, that,s what they tell me. People see what I’m doing and imagine themselves working independently. A lot of them think, “if Rob can work on his online business in Thailand, I can do the same thing at home and spend more time with my kids.”

I,m glad to inspire people to enjoy what they do and live happier and healthier lives. I don,t see anything wrong with promoting the benefits of doing this.

What,s the counter argument? Someone tries entrepreneurship, fails and lives the rest of their life impoverished on a beach in Thailand?

I’ve never met a failing entrepreneur who had given up, blaming it all on their over-hyping guru. Gurus are a great target – don’t get me wrong – it’s good to question what they say, constantly. However, failing entrepreneurs just keep going until they find something that works. That’s what they do.

Is entrepreneurship or location independence hyped up? Am I annoying you by posting my holiday photos? I’d love to hear what you think in the comments.