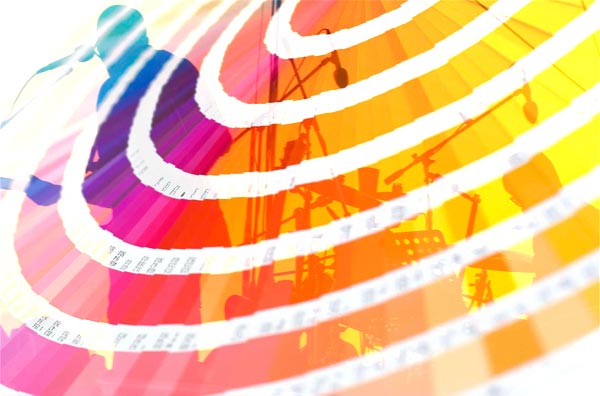 I wasn’t a great success at school. Even though I was sent to good schools, in order to get me to work hard, I was told “if you are successful at school; you will be successful in life”.

As hard as I tried my exam results were below average and in the other arena for school success – the sports field – my performance was even worse! The mantra I’d been hearing  “if you are successful at school; you will be successful in life” caused me to come to an uncomfortable conclusion. I consoled myself by thinking that I would be a successful rock star and prove them all wrong.

I soldiered on into the lower end of higher education establishments and eventually found employment working on picture desks of newspapers and magazines.

My dreams of becoming a rock star eventually faded away as my group split and I was left to ponder my future as a London-based wage slave commuting to work on the train with everybody else. Hardly rock and roll!

Eventually, after a few stints teaching English abroad, I became a freelance artworker and occasional graphic designer as I had a basic understanding of Photoshop and QuarkXpress.

Not only did my professional life seem to be going nowhere but also, as most of my friends were getting married and settling down, I was increasingly at a loose end at evenings and weekends with too much time on my hands to think about my lack of success.

I had been an under-achiever at school and it was looking the prediction “if you are successful at school; you will be successful in life” was coming true in a negative way!

So, I was heading towards a dead end. I sometimes wonder what would have happened to me if I’d carried on in this direction. I don’t think about this too much because, I’m afraid, it wasn’t going to be very pretty.

I can’t say exactly what happened to turn things around but something did. It started with a passing interest in Neuro-Linguistic Programming but then I began reading books about psychology, meditation, Buddhism and other eastern philosophies.

I stopped seeing myself as an individual who was tossed and turned by the events of life and began feeling at one with the universe and more responsible for my thoughts. Somehow the thought processes within my brain that would turn towards negative thoughts suddenly turned to positive ones.

A number of other changes happened to me around this time – I woke up one morning and gave up smoking “cold turkey” without any side effects. I started to exercise more. I further indulged my creative hobbies of photography and music.

At this point I could earn about $60,000 a year from freelance artworking and designing in London (these were still economically stable times!) But I was frustrated by working in the design agency environment – the client’s wishes were filtered down by the chinese whispers in the line of command and there was a lack of creativity.

I had always wondered what it would be like to run my own design company.

But did I have the courage and ability to do it? There were a number of questions weighing heavily on my mind:

I’d also had a very stupid prejudice, thinking that in order to run my own business I’d have to be selfish and mean. I know now that it is perfectly possible to be a successful business owner whilst keeping my principals of honestly and kindness.

But, as you can see, despite a history of negative vibes about my abilities, I have started and run a successful design and marketing business in these trying times!

Don’t let anyone make you believe you can’t do something! If my experience has taught me anything at all it would be this: don’t believe everything you’re told by the “experts”. By “experts” I mean teachers, careers advisors or traditional authority figures.

Business requires a certain creativity of thinking which can actually be a disadvantage in the classroom but a positive bonus in later life.

The future is bright

Now I am looking to expand my business by modeling my processes, outsourcing and increasing my passive income. I still have to fight negativity from people criticizing my business model for being too simplistic. But I will continue to learn from my experience and pass on as much as I can to others who wish to embark on a similar journey.

So what do you think?

I really interested in hearing from others who have started a business. Did your journey have any similarities or differences to mine? Or, if you are thinking of starting a business, has this helped in any way?