Sitting in a cold, miserable London after a nasty bout of tonsillitis, I must reflect that I’m really one of the luckiest bastards in the world. Welcome to my biz report of 2016. 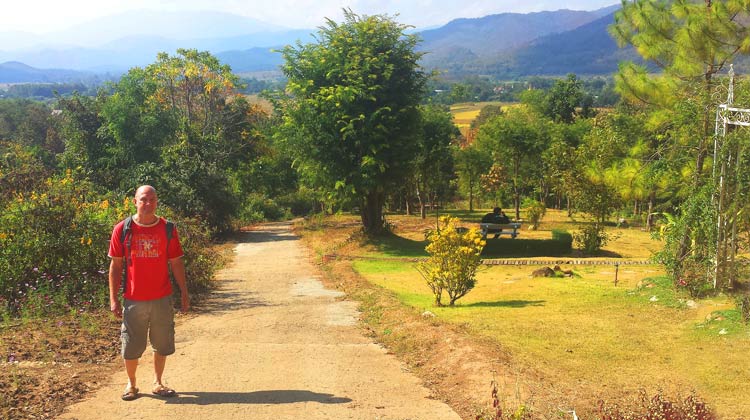 2015 was good to me. I spent much of the year travelling and meeting amazing people while working on my business. And the business did better than it did in 2014 (but not by much).

During 2015, I lived in Thailand for 4 months (in the photo above I’m in Pai, one of my favorite places) and I visited Cambodia, Vietnam, the Philippines, Germany, Czech Republic, Slovakia and Austria. Pai (above) is a small town about 300 miles from Chiang Mai, high up in the hills, far away from anywhere. I spent a wonderful four days relaxing there in December. It was a sort of holiday within a holiday. So, I’ve got to be grateful for my lifestyle.

That’s enough of my globe trotting. What about business?

The business, although growing, has been the cause of some concern.

This time last year I was cock-a-hoop as my passive income profits were growing and growing. This was mainly as a result of Udemy and I was concerned that I had too many “profit eggs” in one basket.

That aside, it felt good to be making as much as $6000/month passive income from one platform alone. Sadly, throughout the course of the year, the Udemy profits stopped growing and actually started receding so that now I never make much more than $4000/month. 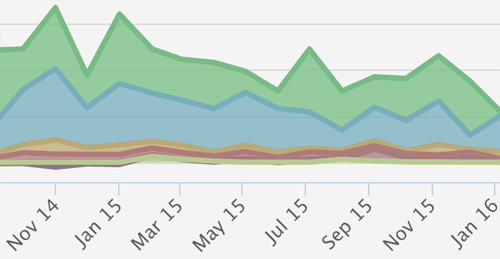 I’m still not sure of why this is. A mixture of increased competition and my new products not being as popular as my old ones, probably.

A lack of investment into my business

Another issue has been my reluctance to invest some of my profits back into the business. The reason behind this has definitely been my income reports. If you are publishing income reports, you want to show a growing profit month on month. Or, in my case, quarter on quarter.

This stops now! I will be investing my profits much more in the coming months. I will tell you more about this investment in subsequent blog posts. And I’m thinking of making the “income reports” only “revenue reports” in future.

Here are the specific areas I’ll be investing in soon. And, of course, I’ll tell you what works and what doesn’t:

FBA stands for “Fulfillment By Amazon”. This is where products are sourced, bought and offered by a third-party seller, but shipped from an Amazon fulfillment center to the customer. As far as I can see, this has been one of the most popular and profitable business models for online entrepreneurs during the last few years.

Involvement in Amazon FBA is a huge step for me. It involves doing several things I’ve steered clear of in the past.

However, I’ve found a product range that I’m genuinely interested in. The idea of building a brand around a totally different vertical really interests me. I’m partnering with a number of business associates and suppliers that are knowledgable and care about the products.

One of the problems with Amazon FBA is that entrepreneurs are generally secretive about their products. And that means I won’t be able to share everything with you. And that sucks. However, I will be sharing everything that I learn along the way.

Both the passive income and traffic targets were missed.

Last quarter I had four targets. Here’s how I got on:

Here are my business targets from now until the end of the first quarter 2016:

Five targets for the next quarter? I think that’s enough!

I always add these indicators to my biz report.

It’s great to see my Facebook Page benefitting from the tactics I learned in Steven Aitchison’s Your Facebook Challenge course (affiliate link). 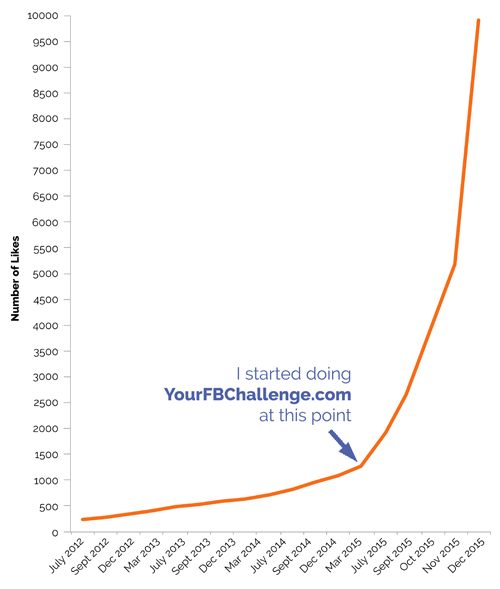 I’m pleased to say that I’ve added another $100 monthly recurring donation to my list. Mayan Families is a charity that works to educate, feed, shelter and heal the impoverished populations of Lake Atitlán in Guatemala. This is a result of the wonderful work a friend of mine, Iva Ursano, is doing there. So I’m donating a total of $360 a month to the following charities:

Why don’t you lock in some charitable gifting into your business? Follow the above links as I’m sure they’ll love to have your support.

Unfortunately, I’ve been forced to return to the UK for family reasons. I don’t find it easy being in London after Chiang Mai especially as I contracted tonsillitis before the 13 hour flight from Bangkok. 🙂 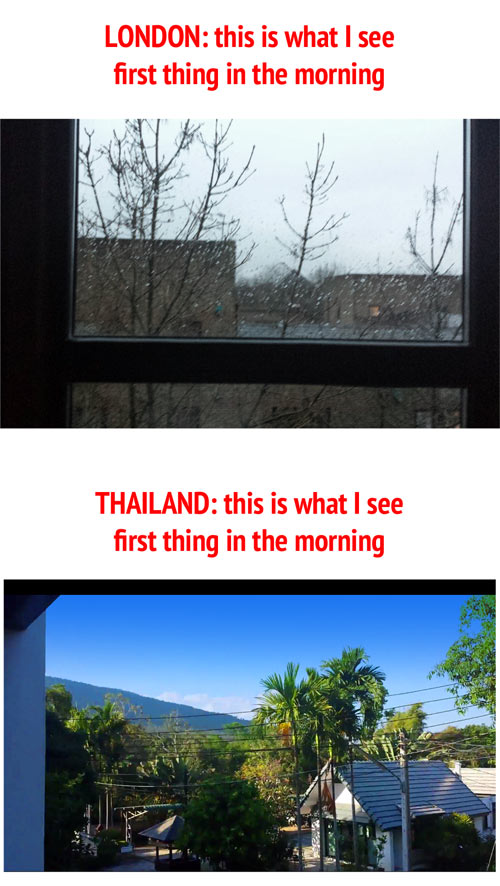 My illness together with the family issues I’ve faced in England has contributed to a shocking return to bad habits: I’ve done no meditation, no physical exercise and I’ve even succumbed to watching TV. Yuck! I can really feel the bad effects of these habits, especially the lack of meditation, on my mood. The only good thing is that I’ve been drinking less alcohol and eating less food (although not healthy food).

So, my plan for the first three months is to get back to exercising as soon as I’m physically able to, meditate more and become a better person.

I am so grateful to be an entrepreneur, even with all the ups and downs. I hope this content has helped you in some way. I’m looking forward to the next three months and seeing where they will take me.