Whether you’ve heard of WordPress or not – and I guess most of you have – it has certainly touched your life in some way. WordPress is used by nearly 1 in 5 of the top 10 million websites and powers more websites than any other software. 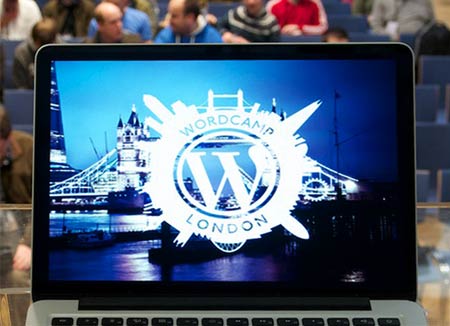 One day in 2005, someone told me to install WordPress. I did just to shut him up. Why would I want to put some geeky blog on my crappy static HTML site? It took me ages to set up. FTP clients and code editors were alien to me in those days. I wrote a few posts of a few lines each and forgot about it. 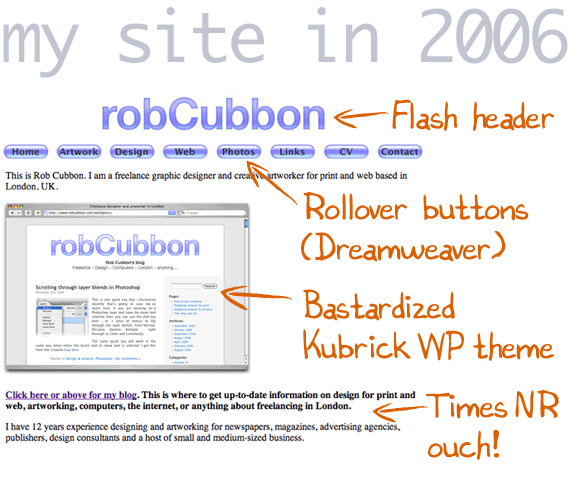 A year later in 2006, I found that the crappy blog was raking in far more visitors than the crappy static HTML pages. I was hooked. I still am.

But I have not even begun to explain what’s so amazing about WordPress.

Anyone can set up a blog at WordPress.com in minutes and can broadcast to the world for free. And anyone can use WordPress to power their self-hosted website with the software you can download at WordPress.org for free.

Those with any experience of other CMSs (Content Management Systems) or WordPress “competitors” will tell you that WordPress is ridiculously easy to set up and use.

Open source software is free to use. The source code is available so that users can look and learn from it and are encouraged to see if they can improve it. This is in contrast to proprietary software (for example, Microsoft Word and Adobe Photoshop) where the source code is hidden and copyrighted.

WordPress is over 10 years old

The WordPress story began in 2003 when Matt Mullenweg, a 19-year old student from Houston and user of a little-known open source blogging software (or, “logging” software as it is referred to below), B2/Cafelog, aired his worries that it hadn’t been updated as the software’s creator seemed to be missing. 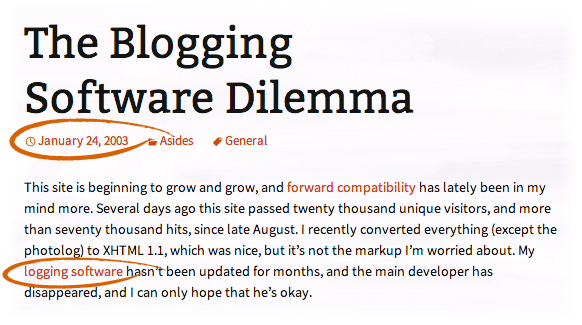 At the time B2/Cafelog had only been downloaded 2,000 times and had a userbase of considerably less, however, one person responded to his request (see below). And WordPress, although it did not have a name yet, was born.

Fast forward 10 years and, although WordPress powers millions of world’s busiest websites, it has only a handful of permanent developers. Every major release is tested by a loyal community of volunteers. This system of prior testing and patching has ensured the product’s stability and popularity over the years.

WordCamps are WordPress-related gatherings. The first such event was 2006 in San Francisco. Since then, there have been over 150 WordCamps around the world, at an average of nearly one a week. 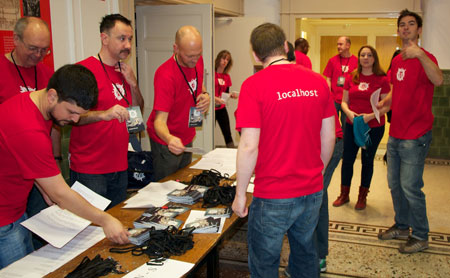 As WordPress has, undoubtedly, changed my life, I felt obliged to volunteer for the very first WordCamp LDN last weekend. This meant I got to wear a red WordPress t-shirt.

For me, the highlight of WordCamp LDN was a talk from the other founder developer of WordPress – Mike Little. Although, I’d been aware of Matt Mullenweg, the charismatic, softly-spoken Texan who regularly makes Forbes’ 30 Under 30 lists, I’d only recently found out about the other developer that originally responded to Matt’s dilemma. 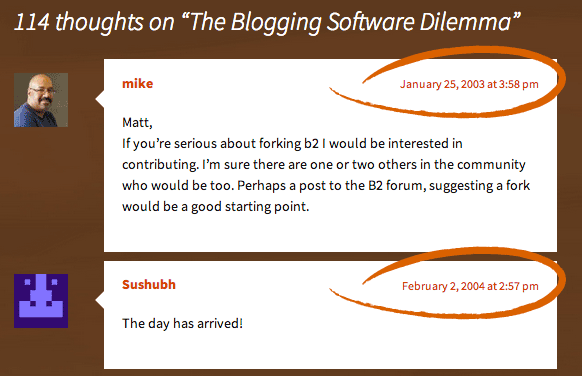 As you can see above, less than 24 hours after Matt had written the blog post, Mike offered to help create a fork (another version) of the software. And who else responded? No one for another year. Mike mused in his talk on Saturday: “what would have happened if no one else had answered Matt’s query?”

Mike continued to contribute to WordPress for the first few years of its life but “drifted away” from the WordPress project in 2005 when family and work commitments meant he no longer had time. However, Mike is more involved with WordPress these days and seemed pretty active during Sunday’s WordCamp Contributor Day where WordPressors test and improve the new beta version.

When Mike finished his talk the warmth and love from the standing ovation he received was enormous.

(At the time of writing Mike still doesn’t even have a Wikipedia entry.)

One of the things that became apparent from Mike,s talk was his passion about open source. Mike is a master of several computer languages and has contributed to many open source projects, like MySQL, for example. 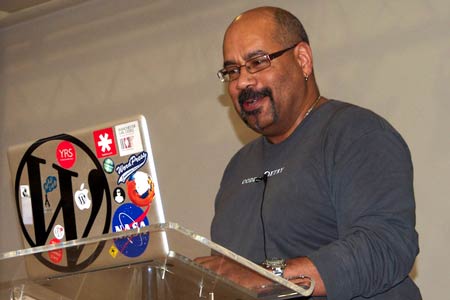 When he was asked what one thing he would change about WordPress, he answered that he would like the accessibility of the administration area improved. Mike reminded me here of one of the founding principles of WordPress: the democratisation of web publishing.

WordPress makes it possible for ordinary people, like me, to communicate with the world. WordPress.com is also effectively blocked in China for this reason. WordPress has improved and protected freedoms we all cherish.

You can use WordPress to converse with the rest of the world now! There is no better way to improve your online reputation and earning potential than blogging with WordPress. I’m saying this to everyone – to a 9 year old Cambodian, to a 40 year old accountant, to Richard Branson. I don’t care who you are, you should blog.

If you’re already blogging, then why not contribute to this liberating movement that creates businesses and freedoms?

Set up a test WordPress site remotely or locally and install the WordPress Beta Tester plug-in. Go Tools > Beta Testing and select “Bleeding edge nightlies” radio button and “Save Changes” then click the link below which says “Head on over and upgrade now”. Then update WordPress from the current stable version to the most recent development version (at the time of writing, 3.8-beta-1).

You could then have a look at the lovely Twenty Fourteen theme by Takashi Ire and try to break it! Or, you could just test the most recent beta version of WordPress and see if you could report any bugs. Read this about contributing to WordPress and remember to use the beta version only on a test site or back up your site before testing.

Images: Thank you to JC from ommunist.com for the images of WordCamp LDN.