From Wage Slave to Freelancer to Business Owner to Entrepreneur – simple, right?

Speaking as someone who’s feels like all of the above on any given day, I would say, no, it’s not that simple. 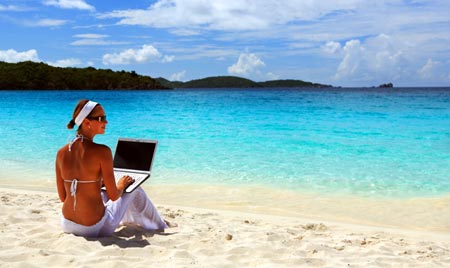 I now consider myself an accidental entrepreneur as the whole process has caused a desire to try out new ventures and business ideas. And, I like the idea of helping people.

“Many believe that the age of the big corporations is past. They are simply not nimble enough to discover the new products that will keep them abreast of the market. Small businesses can now market across the world with none of the costs and aggravation of previous eras”. – Anthony Hilton

I used to be like everybody else. I used to travel on the underground train to my place of work along with millions of other people. Head down in the morning paper. Not questioning my existence.

I didn,t think twice about working for some faceless organisation, without meaning, without purpose. That was my reality.

Somehow for some reason I ended up out of that rat race. How? Going freelance was the first step.

The difficulties of going freelance

But, once you’ve gone for a few years without a regular pay check and you know you can do it, the sky’s the limit.

“Why are you freelance, anyway? Why don,t you get a proper job?” This was the reaction I got from most of the people who I used to work for as a freelancer.

At times I might have agreed with them. I thought I was a bit weird as well.

But, I couldn,t understand them either. Why work your arse off for someone else? Is it an important job? Does it benefit other people? If not, then you,re faking it. Why feign the importance of your job when you,re ultimately adding value to something else while taking the value away from yourself as anyone can spot a lack of authenticity?

I’m proud to say that the last time I had a proper job Margaret Thatcher was still Prime Minister.

The difficulties of running your own business

I have to be incredibly strict on myself and not follow my new business ideas to the detriment of my client work – and, don’t forget, it’s the client work that brings in the readies.

I’m finding it increasingly hard to know what to focus on and what not to focus on. But, is it worth it? Of course it is.

“Talented people don’t want to work for anyone but themselves.” – Anthony Hilton

You can live your life on your own terms – just don’t expect it to be simple.

There’s never been a moment where I’ve sat back and thought, “ahh, I’m happy now!” And I don’t expect there will be. I almost don’t want there to be. Of course it’s not easy. If it was it wouldn’t be worth doing.